The Actual Cost of Filling Up Your Tank 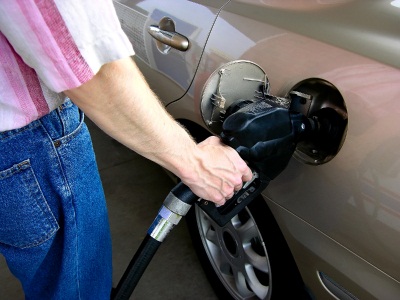 For anyone who drives a vehicle every day, visiting the gas station to fill up is almost second nature. Going up to the pump, swiping your card or paying the cashier, inserting the nozzle, and squeezing the trigger is so commonplace to us that most of us don’t even bother to look at how much we spent that day. In fact, we definitely don’t take the time to see how much we’ve spent over the course of a month, much less a whole year.

In a recent post on the Quicken Loans Zing Blog, author Anthony Fontana took a look at how much we’re actually spending at the gas pump, breaking it down by cars, trucks and motorcycles. In the post, Fontana calculates how much an average person spends for each type of vehicle based on an estimated price of $3.85 per gallon.

For example, someone driving a vehicle with a 15-gallon tank is spending $57.75 every time they fill up. If that person has a commute that forces them to fill up once per week, then he or she is spending nearly $3,000 per year at the gas station – not including snacks, of course. Even more revealing was the annual fuel costs for a 25-gallon tank truck – over $5,000.

Obviously, these are just a couple of examples with specific parameters and each person or family’s fuel cost will be different due to various factors – vehicle size, vehicle fuel rating, commute distance and the current price of gasoline, among others.

To read the entire post from Fontana, including the estimated annual fuel cost of driving a motorcycle, check it out at the Quicken Loans Zing! blog: http://www.quickenloans.com.

“We are very excited to have Quicken Loans back as a partner of Team Penske,” said Penske Racing President Tim Cindric. “Quicken Loans’ remarkable record of success and growth makes it a great company to be affiliated with and we look forward to building our relationship in the future.”

“As a Detroit-based company, we are looking forward to partnering with Roger Penske, who has a tremendous legacy in our hometown, as well as his amazing race team,” said Jay Farner, President and Chief Marketing Officer for Quicken Loans. “Through this sponsorship we are aligning ourselves with great drivers and great people, and in the case of the Belle Isle Grand Prix, doing great things for the city of Detroit.”

About Quicken Loans Inc. Detroit-based Quicken Loans Inc. is the nation’s largest online home lender and the country’s third largest retail home mortgage lender. The company closed a record $70 billion of volume across all 50 states in 2012. Quicken Loans generates loan production from web centers located in Detroit, Cleveland and Scottsdale, Arizona. The company also operates a centralized loan processing facility in Detroit, as well as its San Diego-based One Reverse Mortgage unit. Quicken Loans ranked #1 in customer satisfaction among all home mortgage lenders in the United States by J.D. Power and Associates in 2010, 2011 and 2012.

Quicken Loans has ranked among the top-30 companies on FORTUNE Magazine’s annual “100 Best Companies to Work For” list for 10 consecutive years. It ranked in the top-15 of Computerworld magazine’s “100 Best Places to Work In Technology” for eight years in a row, ranking in the top-5 in 2012. The company recently moved its headquarters and more than 7,000 of its 8,000-plus team members to downtown Detroit. For more information about Quicken Loans, please visit quickenloans.com, on Twitter at @QLnews, and on Facebook at facebook.com/QuickenLoans.

About Penske Racing Penske Racing is one of the most successful teams in the history of professional sports. Competing in a variety of disciplines, cars owned and prepared by Penske Racing have produced 365 major race wins, 423 pole positions and 24 National Championships, including the 2012 NASCAR Sprint Cup Series title. The team has also earned a record 15 Indianapolis 500 victories in its storied history. For more information about Penske Racing, please visit www.penskeracing.com.