The Search For The Ultimate Automotive Enthusiast Begins 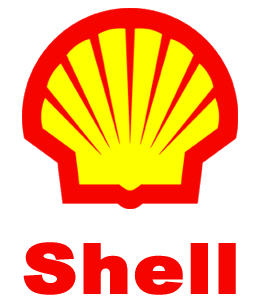 In a first-of-its kind contest, Shell is teaming-up with top automotive enthusiast judges to find the person that best embodies what being the ultimate automotive enthusiast means. Whether it is a person who spends more time tuning and pampering their vehicle than driving it, touring the country in search of their dream ride or just cruising to show it off, or simply someone who spends much of their leisure time paying homage to all things automotive, the Shell V-Power “Ultimate Enthusiast” Contest aims to find the best of the best.

From October 23 to December 3, enthusiasts are invited to share why they are the Ultimate Enthusiast at www.shell.us/ultimateenthusiast. One Grand Prize winner and a guest will receive an Ultimate Enthusiast week in Italy where they’ll have the chance to explore the country’s historic sites and rich automotive history, including an exclusive Ferrari experience in the Prancing Horse’s home town of Maranello, Italy.

“Shell understands the endless pursuit and passion for vehicles.  That is why we develop performance fuels like Shell V-Power, the no. 1 selling branded premium gasoline in the U.S.,” says Elizabeth Hudson, fuel category manager at Shell Oil Products US. “The ‘Ultimate Enthusiast’ Contest is a tribute to those enthusiasts who share that passion and commitment for their own rides.”

“In my experience working in the automotive field, including my years at the race track as a driver and team owner, I have had the privilege of meeting some of the most knowledgeable, competitive and avid enthusiasts in the world.” said Roger Penske, founder and chairman of Penske Corporation. “I look forward to helping find someone just as passionate in the Shell V-Power ‘Ultimate Enthusiast’ Contest.”

The top three contest finalists will be flown to Scottsdale, Ariz. for a three-day, VIP experience at the 42nd Annual Barrett-Jackson Collector Car Auction to be held January 13-20, 2013, including access to the world famous car auction and an invitation to Barrett-Jackson’s opening night gala on January 14, 2013 where the grand prize winner will be announced.

“I’m thrilled to be teaming up with Shell and celebrate the passion of cars with three of the nation’s top enthusiasts,” said Craig Jackson, chairman and CEO of Barrett-Jackson Auction Company. “I am surrounded by car enthusiasts every day in my line of work and am excited for these winners to experience the excitement of Barrett-Jackson first hand.”