As the Buick LaCrosse hits dealerships, Buick is releasing their new ad campaign that focuses on the vehicle’s updated fuel economy.  To emphasize the logic of their stop-start technology, their TV ad, which aired this weekend, shows people running in place at the street corner, at breakfast, in the elevator – even at a wedding.  The idea behind the ad is that you don’t run in place when you’re standing, so why should your car run while standing? 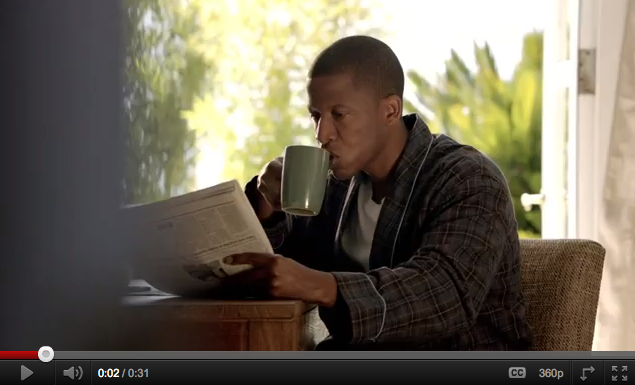 The start-stop technology is part of eAssist, Buick’s updated version of their Belt Alternator Starter system.  When a driver stops at a light, the engine shuts down.  When the light turns green and the driver accelerates, the engine starts back up again.  Reviews by test drivers say they could not perceive the engine switching back and forth, and that the “mild hybrid” still retains the luxury that Buick is known for – smooth, quiet comfort.

Starting at $30,820, the 2012 LaCrosse uses a 2.4L four-cylinder engine, lithium ion battery, and a 15-kilowatt electric-motor-generator.

With the Buick Lacrosse, drivers can expect the luxury Buick is known for while also getting the better fuel economy of hybrid technology.  Such systems are anticipated to appear in future cars across all brands, with Buick leading the way. Whether or not you want a “green” hybrid vehicle, with gas prices these days, better fuel economy is something that everyone can agree is desirable.