How much gas can you save?

In this tough economy, that question has become a challenge many are eager to attempt.  People are looking to save as much as they possibly can on gas. Some even resort to extreme measures, and manage to increase their fuel efficiency to well beyond the listed EPA estimates.  You may have already heard of them – they’re called “hypermilers.” 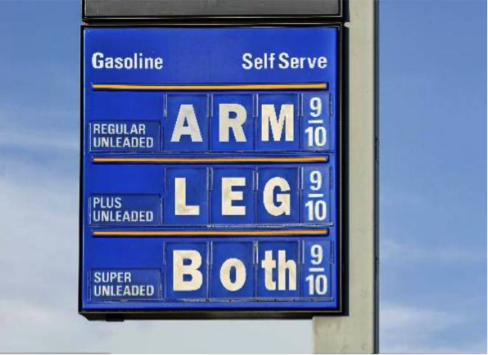 Hypermilers have graced plenty of headlines in the past few years.  The word was even added to the New Oxford American Dictionary in 2008, and was chosen as “best new word of the year.”  Unfortunately for hypermilers, some headlines were not as positive.  The technique came under fire for unsafe practices, eventually resulting in the creation of the Hypermiling Safety Foundation in 2008 to improve the image of hypermilers who use safe techniques to save money on gas.

Some of the techniques that have attracted media attention are dangerous practices like drafting and coasting.  Drafting involves tailgating the vehicle in front in order to decrease wind resistance.  Athletes use this practice in bicycling, car racing, speed skating, and even running.  Drivers will also “coast” through stop signs.  Obviously these practices are very dangerous, and illegal in many states.

Some hypermilers even compete at fuel economy competitions and set world records.  For example, at the Maximum Fuel Economy Contest in Elkhart, Indiana, a driver set a record for the Honda Insight by getting 213mpg.  To achieve such impressive fuel efficiency, however, drivers often use dangerous techniques that could not be implemented in real world driving situations.

The Hypermiling Safety Foundation works to promote safe hypermiling techniques.  Such techniques include accelerating slowly, braking gently, and maintaining the speed limit.  Higher speeds can result in greater drag, and you actually waste more gas.  According to CleanMPG, drivers can improve their fuel economy by 10% by driving 55mph instead of 65mph.

Other safe ways to increase fuel economy include reducing your cargo, avoiding idling, checking your tire pressure and following your car’s maintenance guidelines.  Hypermilers will also carefully watch traffic ahead, plan their route carefully, and avoid congestion.  They may also park their car so they can roll forward out of the spot, instead of backing out.

If you are looking to emulate hypermilers, we at PenskeAutomotive strongly urge you to follow safe driving practices.  Be aware of state laws, never break the law or put yourself and others in danger.  Obey stop signs and traffic rules.  Paying for gas might be expensive, but paying for an accident will cost you much more.  Your life is priceless – saving a few cents is never worth your life.  Stay safe!