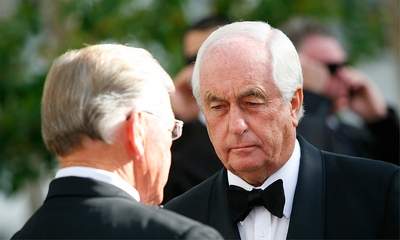 The Road Racing Drivers Club will honor Roger Penske during a banquet on April 14 in Long Beach, Calif.

“There is no one in this sport who’s better known for his high standards of car preparation, presentation and development than Roger Penske,” said Bobby Rahal, RRDC president. “He set the bar high early on for his competitors, and many are still trying to reach those heights. We are privileged to honor the ‘Captain’ [Penske] at the RRDC’s Evening with Roger Penske in Long Beach.”

Penske began racing in 1958 but retired in 1965 to focus on building the Penske Corp., the multibillion-dollar business, and Penske Racing.

Since then, Penske Racing has claimed 15 Indy 500 victories, 153 wins, 196 poles and 12 national championships–all in Indy-car racing.

The proceeds from the dinner will go toward the Team USA Scholarship, which the RRDC has supported since 1997.