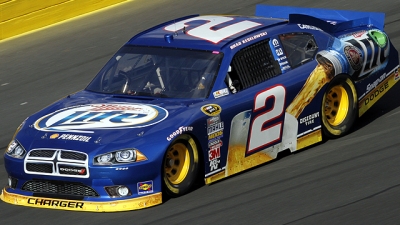 SKF USA Inc. announced Wednesday it will be a major associate sponsor of the Penske Racing teams beginning with the 2012 racing season. The SKF brand will be featured in the NASCAR Sprint Cup Series as well as the NASCAR Nationwide Series and the IZOD IndyCar Series next season.

Entering its 15th year as a major associate sponsor of auto racing in North America, the SKF brand will be featured in 2012 on the No. 2 Miller Lite Dodge driven by Brad Keselowski and the No. 22 Shell-Pennzoil Dodge driven by Kurt Busch in the Sprint Cup Series; the No. 12 Alliance Truck Parts Dodge driven by Sam Hornish Jr. in the Nationwide Series and the No. 3 Team Penske IndyCar driven by three-time Indianapolis 500 Champion Helio Castroneves.

”We are excited to be associated with Penske Racing,” said Poul Jeppesen, president of SKF North America. “Their reputation for quality, preparation and consistency are a perfect match to the products SKF manufactures and the services we sell.”

“We are excited to welcome SKF to the Penske Racing team,” said team owner Roger Penske. “The addition of SKF’s technical knowledge and specialized mechanical expertise will be a significant benefit to our teams’ ability to win across all of our racing categories.”

SKF is a leading global supplier of bearings, seals, mechatronics, lubrication systems and services which include technical support, maintenance and reliability services, engineering consulting and training. SKF is represented in more than 130 countries and has 15,000 distributor locations worldwide. Annual sales in 2010 were SEK 61,029 million and the number of employees was 44,742.

Safety Tips for Driving With Trucks on the Road