This year at the 2011 Pebble Beach Auction big piles of money were exchanged and some of the world’s rarest cars found new owners. Gooding & Company’s annual Pebble Beach Auctions regularly consigns autos with impressive histories, but this year the auction house will up the ante with several vehicles boasting celebrity connections.

Grammy-winning songstress Sheryl Crow raised money for tornado-ravaged city of Joplin, Mo., through the sale of  her 1959 Mercedes-Benz 190 SL Roadster. Starry-eyed Steve McQueen fans looked on with fascination as the late actor’s 1931 Brough Superior SS80 motorcycle was auctioned off.

The absolute highlight of event was of course the first ever Ferrari 250 Testa Rossa, built in 1957, which was sold for the fantastic price of $16.4 million (price set a new record for auction). It is not uncommon for Racing Ferraris or Testa Rossas to fetch such high prices, this has been a trend over last decade among racing car collectors. Several factors made the car especially appealing to bidders and helped it fetch the high price. First, it has a racing record stretching over several years that includes top tracks and well-known drivers. It also underwent a top-notch restoration and won a best-in-class award at the Pebble Beach Concours in 2006. It has a well-documented ownership history and is certified by Ferrari’s Classiche department for authenticity. This is the kind of car that gets its owner invited to the top vintage-racing and show events around the world.

Another historical gem that caught car collector’s eyes was the oldest surviving Bentley production car in existence. The aluminum-bodied 1921 Chassis 3, the first customer car to come out of the Bentley factory, has participated in several Bentley rallies and is a collector favorite on the car show circuit. Bidders can look forward to a 1963 Shelby Cobra 289 factory team car displayed at the 1964 New York World’s Fair, as well as a restored Pebble Beach class-winning 1931 Duesenberg Model J coupe. This relic fetched a price of $962,500 during last weekend festivities in Monterey, California.

We ask you, if you had unlimited funds which vehicle auctioned at 2011 Pebble Beach would you want for your collection.

2. The world’s oldest production Bentley, known as chassis No. 3 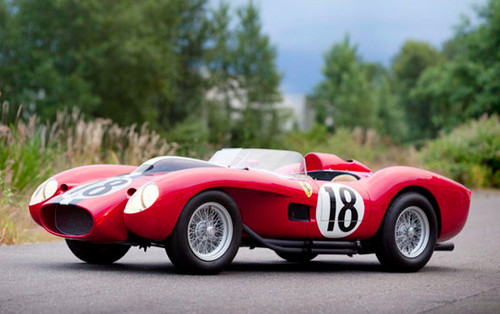 Tips to Avoid Being “Driven to Distraction”

Losing a Few Pounds Might Save Money at the Pump