“Kurt Busch Is The Most Talented Driver I’ve Worked With” 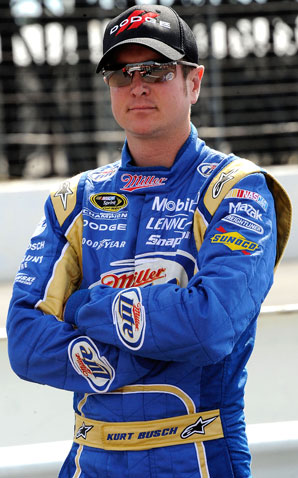 Leave it to Brad Keselowski to offer perhaps the most even-handed assessment of the Kurt Busch situation thus far.

Keselowski, who has been reluctant to comment much on his former Penske Racing teammate’s trials, said Wednesday he sympathizes with both sides in the Busch vs. media debate.

While he said Busch’s threat to reporter Bob Pockrass was “certainly not the way I would have handled it,” Keselowski also viewed the situation through Busch’s eyes.

“As a sport, we rely on the media to be the voice of the fans, and in that case, I think there was certainly some fan interest …that justifies some of the line of questioning he was subject to,” Keselowski said. “I can understand, also, the emotion and the fire it takes as a competitor to be a winner and how that could make you see it a bit differently when you’ve been caught in situations where you have to deal with the drama, rather than focusing on what you need to be the best race car driver possible and to go out and win races.”

Keselowski said drivers can get frustrated “by those styles of questions, because you know at the end of the day, they are directly affecting your ability to be competitive.”

“As a race car driver, that can be unacceptable in your mind at times,” he said.

“I’ve raced around him, I’ve tested with him, practiced with him, I’ve talked to him extensively; he is the most talented driver that I’ve worked with in Sprint Cup, and that will remain until somebody else proves differently,” Keselowski said. “… I feel like it says a lot that I feel that he is the most talented one I’ve worked with, and that talent will carry him through some of those trying times, and I think he will find another opportunity down the road.”

Keselowski acknowledged, though, that Busch’s “black marks” make it more difficult to find a ride given a sponsorship climate that can favor marketability over competition.

“That does not favor a guy like Kurt, and that’s a bit unfortunate to me,” Keselowski said. “I think that’s bad for the sport. But it is what it is and it’s certainly going to affect his future (going) forward. I think he would tell you that himself, but I also wish him the best.”