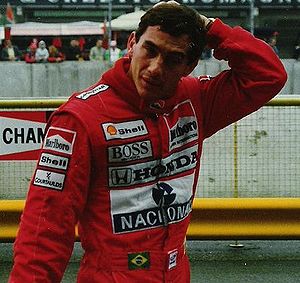 A documentary about Formula One Driver Ayrton Senna won the World Cinema Audience Award in the documentary category at the Sundance Film Festival this weekend.

Senna, a three-time Formula One champion, is a legend in motorsports circles, who is considered to be among the best in the history of the sport. He achieved success with his bold, brazen style of driving. His life was cut short at age 34, when he was killed at the San Marino Grand Prix in 1994, as his car darted off course and crashed into a wall at over 200 mph. A controversy ensued, questioning whether the accident was caused by driver error or faulty equipment.

“He might have been the greatest driver of all time,” said Michael Andretti in a New York Times obituary, who was once Senna’s Formula One teammate. “There was not a weakness in Ayrton Senna.”

British filmmaker Asif Kapadia directed the documentary that was written by Manish Pandey. The narrative focuses on Senna’s rise in F1 during the 1980s, his rivalry with French driver Alain Prost and his struggles to deal with the politics of a prominent sport until his untimely death, which was captured on live television.

“I just got back from Salt Lake City, for a screening. I should have dressed in something nicer,” said  Kapadia at the award’s ceremony. “This Festival’s restored my faith in festivals. It’s all about the films, the filmmakers and audiences, and every screening is sold out.”

The film, which was released in Japan and Brazil last year will be screened worldwide in 2011.

A trailer for “Senna:”