The Ferrari logo is well known and well recognized by all and especially the fans of motor car racing.

As told by Enzo Ferrari the story is simple, “The horse was painted on the fuselage of the fighter plane flown by Francesco Baracca, a heroic Italian pilot who died on Mount Montello: the Italian ace of aces of the First World War. In 1923, when I won the first Savio circuit, which was run in Ravenna, I met Count Enrico Baracca, the pilot’s father, and subsequently his mother, Countess Paolina. One day she said to me, “Ferrari, why don’t you put my son’s prancing horse on your cars; it would bring you luck.

Horse: The jumping black horse is rumored to be called “Rampante Cavallo.”  Ferrari logo consists of the eminent prancing horse that has highlighted the grace of the logo design throughout the company’s journey. It was initially considered to include the prancing horse of the Ferrari logo to bring good luck for the car racer. The prancing horse depicts power and now fans of the brand instantly feel speed and sports cars when they consider Ferrari logo.

Shape of Ferrari Logo: The Ferrari logo design is comprised of a rectangular structure holding the prancing horse inside it elegantly.

Color of Ferrari Logo: The prancing horse in the Ferrari logo is colored in the black and has always been so since its origin on the plane. However, yellow tint is said to be the color of Modena, Italy where the Ferrari workshop was located in 1929. On the top of the Ferrari logo green, white and red stripes are employed which enhances the magnificence of the emblem and its Italian heritage.

Font of Ferrari Logo: Initially, the Ferrari logo had the alphabets SF (Scuderia Ferrari) inscribed on it beautifully at the horses hooves in honor of the company sponsored drivers. But now the Ferrari logo encompasses the Ferrari signature at the bottom. 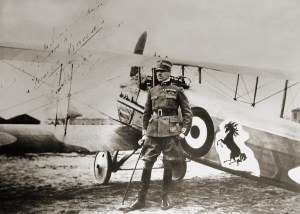 How Do You Say Hello?